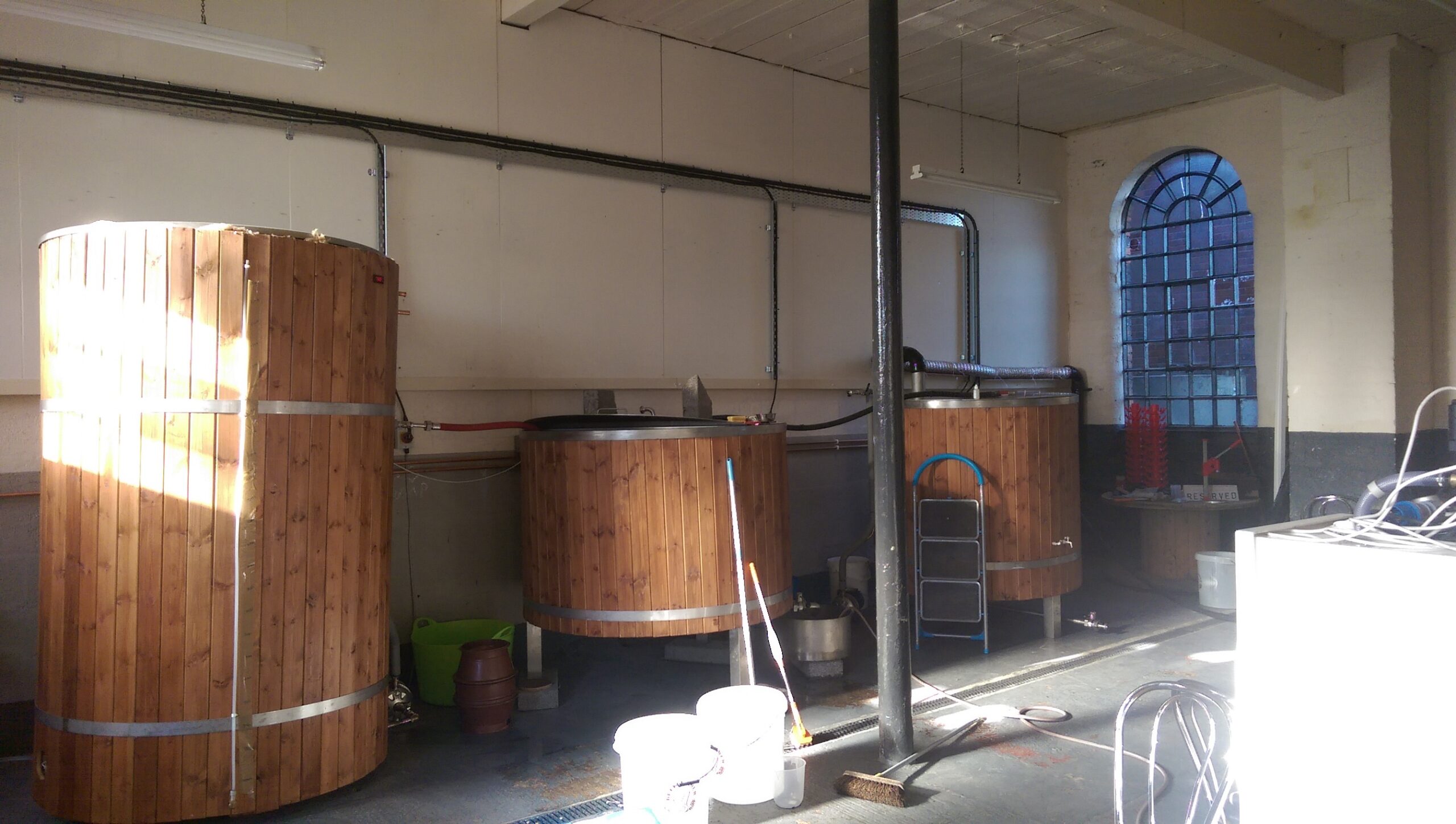 I’ve been meaning to add something on here for a while so with some Radium Works brewing in the locker, a couple of events, one Brewtap done and another on the horizon here we are. We now have 5 beers sold & selling, repeat orders coming in and availability across all the formats we thought would work. Even so, still a bit surprised the 2 litre cardboard carry outs we were selling last week worked – the Chocolate Stout even made it back across to Leeds in one piece. Craft beer Manchester eh? Takes all formats. Generally though the feedback has been really positive, constructive and appreciated.

To date, I’ve been brewing a half brew, the plan being to come out with about 800l of beer to put (in-house and by hand) into KeyKegs, Casks & eventually bottles. Cans? We’ll see. Possibly too much of a control freak at the moment. Anyway, the idea of brewing in 800l batches was so I could brew a bit more frequently (ish), learn the new brewday and test everything I’ve set-up in terms of brewing/cleaning process, fermentation and management of the beer from there on in. Ohhhh yes – and to minimise financial losses if the brewing went west for some reason!!

I brewed my first 1000l batch of beer last week, so far so good, Absolute Banker will be available again shortly. Putting US centric recipes into cask works well but I’m already starting to wonder about the financial logic unfortunately. Gyle 8 wasn’t going to be part of the plan in this format but on the back of a test cask in The Old Packet House, Altrincham, I’ll also be putting our US Cream Ale in to cask as well this time. Cask is adding up to being a great route to getting beers out as a new brewery. It’ll be a one for the sunshine months without a doubt.

With all 5 of our beers now brewed this summer will be about seeing where and in what format they work best- so I’ve got lots of places to visit with samples. Another batch of new casks has been ordered, a change in direction from what I’d expected, as we definitely need more flexibility in what we can offer at this stage. Some of the direct feedback from the Brewtap earlier in the month has been spot on across all the beers and I’m looking forward to having lots more people tasting them across cask, keg and bottle in the coming months.

Now we’re rolling one thing we’re looking to push more is the “Neighbourhood Brewery” theme, creating an event space with a difference. I’ve always loved how the US breweries take this tac and our location lends itself well to doing this. We really want to be a part of the community in Altrincham & Broadheath so we’ve got to do more to make the brewery accessible without overkilling it. There’s Brewtaps slotted for 27th May with Tapas Altrincham, a Father’s Day Brewtap & tastings while we’ve got comedy kicking off in July with Monty Burns & Jim Bayes coming along to put on a show.