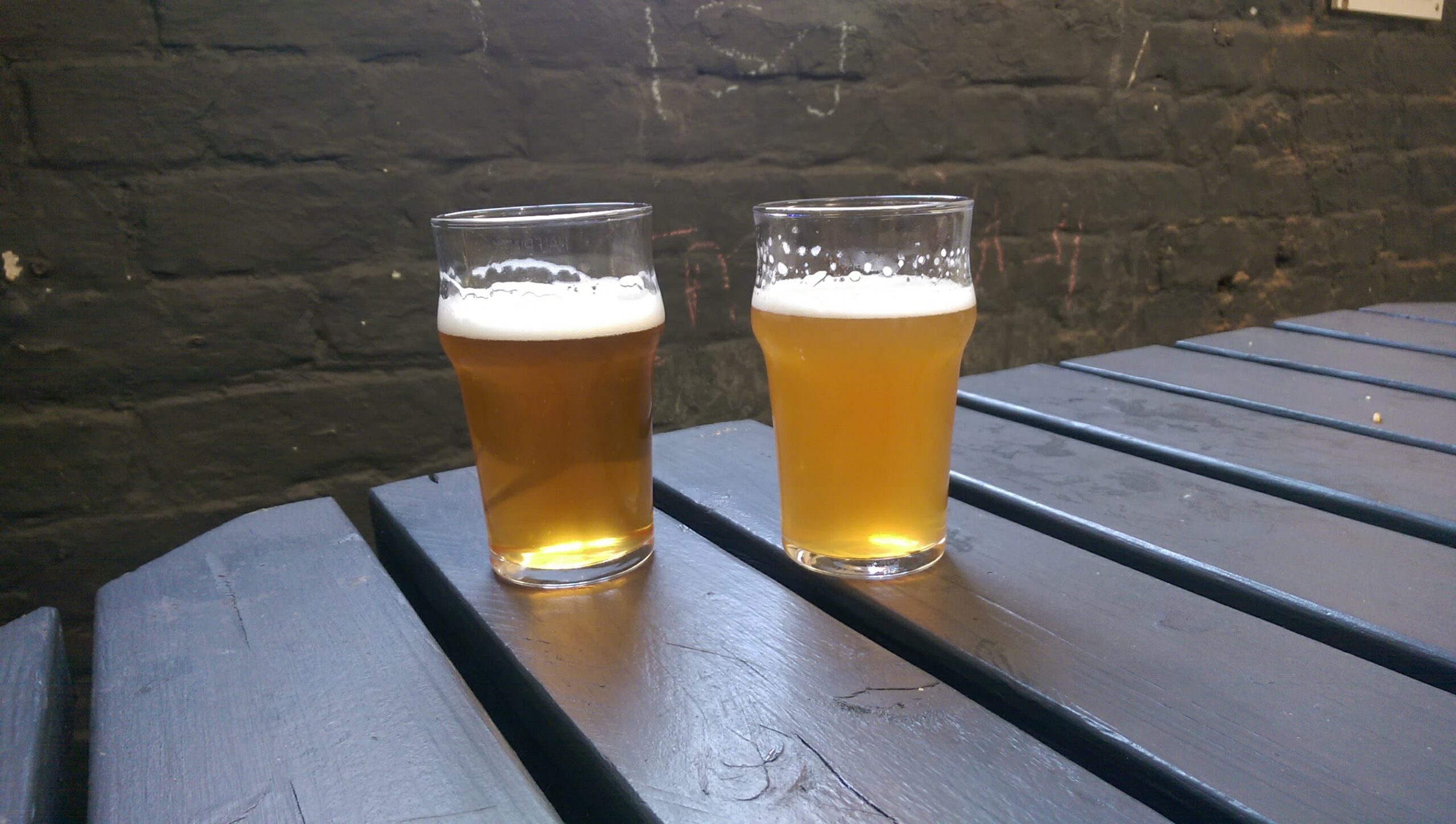 By Ed BrightMay 19, 2017The Brewery
No Comments

Making our own beers presentable – or as I’d like to see them – has been a huge challenge. Doing this for a hundred litres used to be easy(ish), getting this right en masse and retaining the vegan-friendly tag has been interesting to say the least since the move to Radium Works.

For me beer that’s been fined with isinglass can have an unnatural looking level of clarity to it, and I’ve usually managed to produce a good looking beer without it. As a newer brewery, taking a step up in size, it was important on a personal level to demonstrate I could get the process right and a certain level of clarity in some of our beers, particularly those going to cask, was needed.

It literally took two months of testing on the first brew – with lots of testing on subsequent brews – of our Single Hop IPA back in December to get the Keg & Cask process to a place where I’ve been happy with it. Thankfully feedback on the beers to date shows some of the experiments, hours of head-scratching and “waiting until tomorrow” worked. Efforts to improve and enhance the beers across the piece continue.

One frustration has been the bottled beers….with the new brewing process to date resulting in the bottles picking up a chill haze. It’s all in the name. When refrigerated below around 7 deg C the beer in the bottles picks up a haze. We do recommend to serve at cellar temp 10-12 deg C rather than straight out of the fridge but this is to get the best of the flavours and aroma as opposed to sorting any chill haze. Quite rightly people chill their bottles and wouldn’t expect this having bought an apparently clear bottle.

If anyone had our bottles pre-2017 this was a problem you’d never have encountered, in fact I’d never encountered it myself – but I’m not about to say it should be there and is style based just because it’s turned up now! See picture. The beer in the glass on the left was taken out of the freezer about 20 mins before the one on the right. Amazing the difference a few minutes makes, still chilled but no chill haze.

Without getting too technical, proteins from the malt form a bond with polyphenols from hops, showing up at cold temperatures. Somewhere in the new process (prime suspects being: protein changes in our new malts, the mash of the malt itself, levels of kettle finings used, hot/cold break efficiency) there’s something that needs a tweak and I’m working hard to find out what.

Filtration & fining would be options but we won’t be taking route as the haze doesn’t impact flavour and will clear once the beer is returned to a chilled cellar temp. Some people apparently even prefer the look….

Anyway, our advice would be to serve as suggested on the bottle or just give the bottle 30 mins or so to warm and clear. All that said, feel free to serve v chilled and hazy as the overall flavour of the beer won’t be impacted.