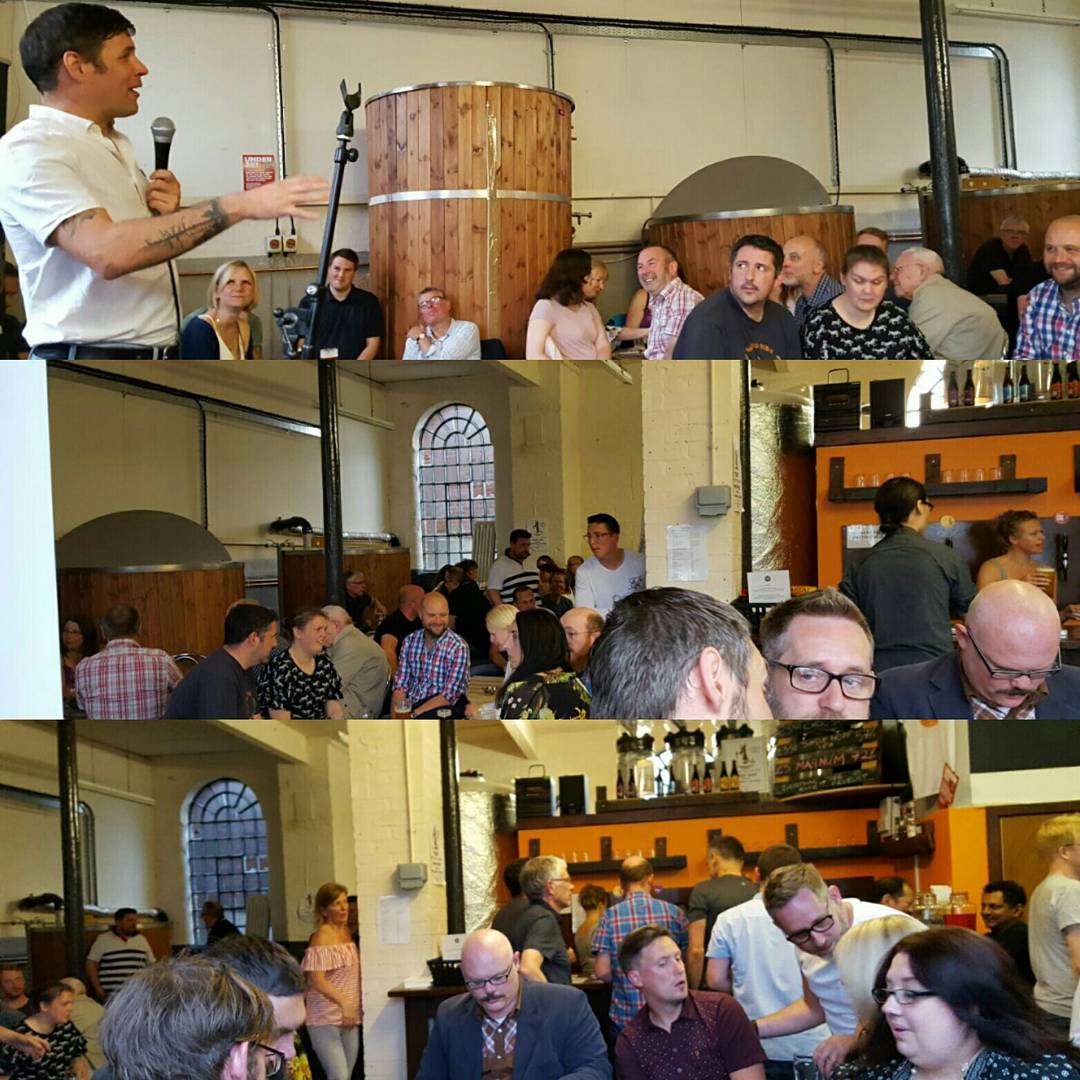 By Ed BrightAugust 22, 2017The Brewery
No Comments

At some points I’ve never worked as hard, but on the flip I’m getting time to start thinking about kicking it all on after sorting (ish) some major points. ie. Beer & people

Touch wood the brewing seems to be going in the right direction. The beers are getting into new venues every week and 2,100l Fermenter number three will be arriving shortly, that’s 6,500l of FV space all in. The plan is to fill that space regularly and introduce a new beer or two in the next couple of months. I’m still working this on my own, and after brewing twice last week at 10bbl, those CVs hopefully won’t be gathering dust for too much longer. Still good for a while yet – but thinking out loud I’m becoming a control freak! Not sure how that works when it’s just me. New perspectives required. Applications here.

I’m pretty honest about the brewing set-up. It was done on a budget in places and there’s loads of improvements to be nailed. Some will be sorted in time, some need to be planned & financed or as is the norm I’ll sit down with a pad and Plumbase/Screwfix catalogue to sort a needs must way to make things work better. Work better either saves me time or improves the process for managing the beer onsite, simple as that.

We’re up to BrewTap #9 this weekend, Comedy Night #2 is booked, the brewery is a venue for Musician Against Homelessness (Altrincham). Getting help from local street food places & conversely supporting new start-ups like myself has been great. As an event venue it’s starting to work and we’re getting some interesting bookings. Generally the rule has been to say YES. Why not. Take a chance see what happens. As I’ve said Comedy Night #2 is booked.

A highlight so far has been the BrewTaps, they started as a bit of an experiment. Aside from the mild stress of making sure the bar functions for what’s becoming a regular 60+ people onsite they’ve been a hugely enjoyable part of the last three months. Building a brewery, bar and making a StreetFood locale was always the idea and to see people, families, allsorts to be honest, (ranging in age from 20 to 80 and beyond!) coming along regularly, enjoying/creating the atmosphere is great.

The feedback and support (people even wearing SMB tees last time out!) is what this is all about and without it the brewery won’t last long. Simples. A genuine thanks to everyone who’s popped in and enjoyed. Different beers, great local food/drink pop-ups, iPod music and casks for seats. What more could you want?!

This is a family thing. My wife sorts loads behind the scenes to keep things moving in a financial/sanity sense. My sister and brother-in-law will both be behind the bar with me again this weekend. Thanks to all of them, they’ve gone out on a limb for me. We’re all looking forward to seeing how the next few week’s events pan out. Then we’ll need to start thinking about the gas heaters….