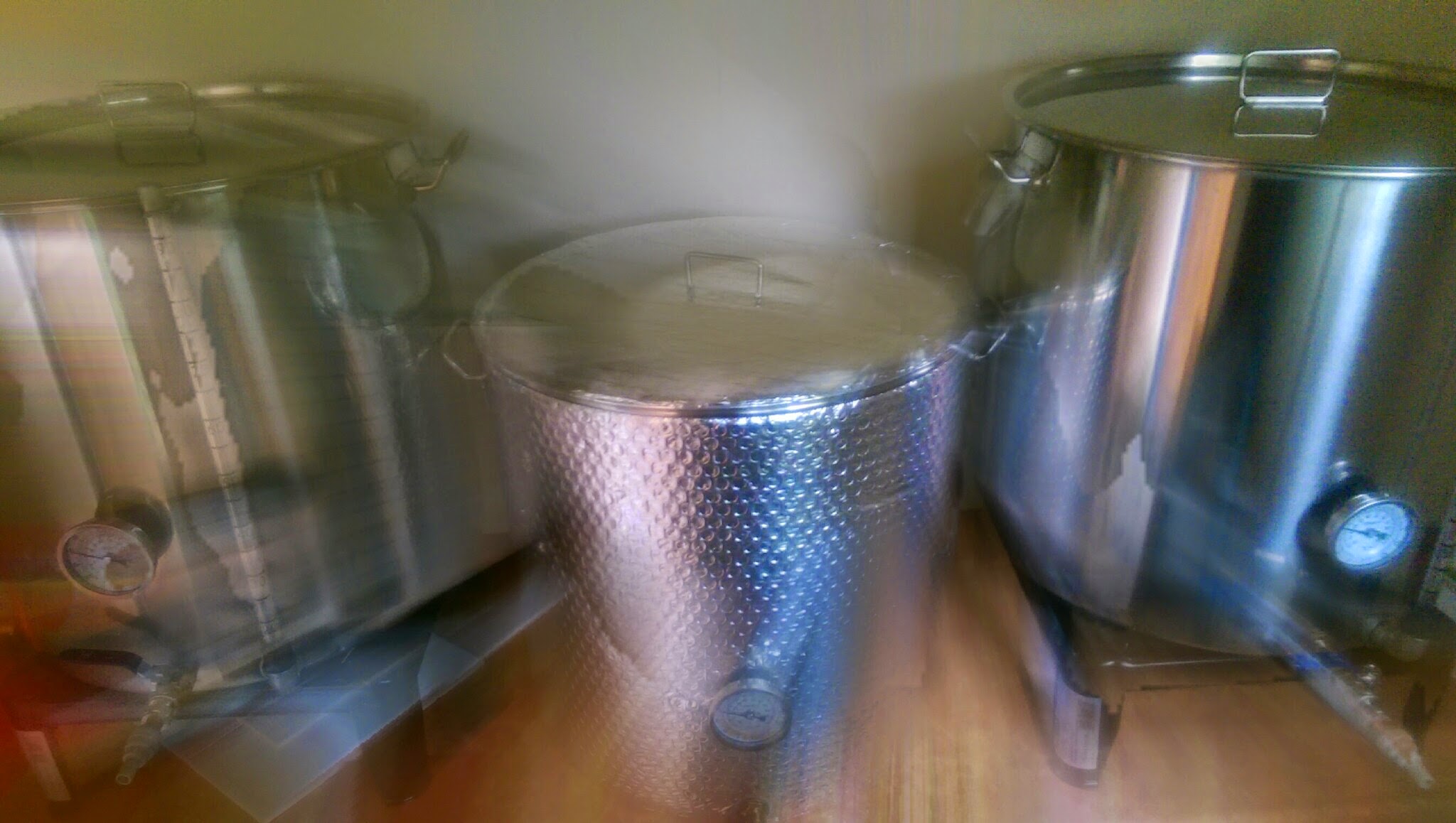 The confines create a unique brewing process and by the end it can safely be said we know each and every bottle inside out. To go from joking about if it’d be possible to seeing beers now sat behind bars, on shelves and in restaurants is a strange feeling. Makes you wonder what else is out there?!

The big attraction to brewing was always sourcing the freshest and best ingredients available to make great beers. Not much point brewing in the first place if you can’t stick the best things in the mix, this is still the case and we detail every ingredient on the labels. The brewing itself takes place across 300l of prime stainless real estate set over two fairly chunky gas burners. At the moment every beer goes through a two stage fermentation process and then the lot is crash cooled for two days at 6-7oC. As the beers are bottle conditioned this cooling and some seaweed in the brew clears thing up nicely before bottling and means the majority of people out there can enjoy sans fish (even Guinness has caught on this week). We’ve done nothing gluten free as of yet, you never know though.

Four weeks in the bottle and they’re ready to go. Having never really sold anything outside of eBay this has made for some interesting early pitches. It’s been a bit like going for a job interview but the beer bottle in your hand is the only retort. So far so good though, people have enjoyed the samples. To be honest everyone I’ve met to date has been spot on in what could seem a strange situation. Guy walks off the street into a generally classy often busy bar/cafe/restaurant with a baby milk-chill bag full of beers he’s claiming to have brewed and a card with a picture of a mule on the front. Very strange. Fortunately Jim did a great job with the bottle labels and website, while a mule with wooden leg or dressed as Clint Eastwood on the side of a 7.2% beer has also helped get the conversation going. Strange days have found us…

Big thanks to next door for taking delivery of those 25kg sacks of grain and to my mum for letting her Moston garage to a bottle fiend son.  Next few weeks promise to get stranger still….